Public Relations professionals know that one of the most important parts of the job is media relations, talking to journalists, editors and bloggers to understand what kinds of story would interest them - what’s the point in writing and issuing news if no-one covers it? However, instead of doing pre sell-ins to see if a release you are considering might be of interest, there is now a far easier way of getting your news out there...without ever having to lift the phone! Free PR distribution websites have been getting more and more popular in light of the current economic climate. But, which sites are a scam, which actually offer you the free PR distribution service you want to get your release online and which offer you even more, such as links and syndication to other sites?

For the SEO community, press releases have been used as a vehicle to help link building efforts, but do the free distribution services actually help build links?

We’ve done the leg work, spending a month researching and trialling 60 of the free PR distribution sites we found that were still active online, so you don’t have to. 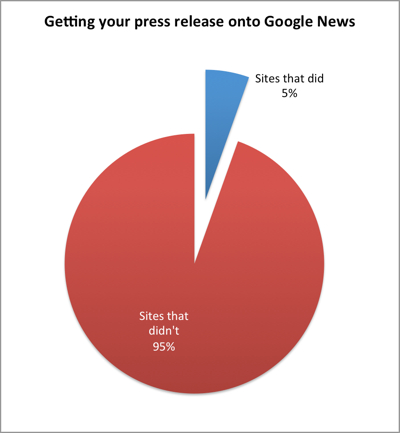 Note, some of the sites didn't make it past the first step of our test. We managed to submit press releases to 55 of the sites, because:

To determine whether these sites deserved our time and attention, we formulated these questions:

How we carried out the review

Firstly, we located all the free active PR distribution sites that we could find and then issued a series of press releases on each site. To make this a realistic test we used 'real' press releases containing news about our PR agency or client news. In total, we issued four releases using the sites (two releases about clients and two about Vitis PR). Each time we issued a release, we reviewed the results, only including the sites that we felt performed well in subsequent tests. The table below shows how many releases were issued in each 'round':

As we uploaded each release, we looked for ease of use, additional complementary services, paid-for upgrades and whether registration was required to use the service. Each release was amended slightly so that we could identify if it were covered by other sites we would be able to identify which source they had got it from.

After the releases were uploaded, we monitored for online coverage of the releases (we weren't expecting any print or broadcast media coverage!). Specifically, we looked at:

In reviewing the sites we limited ourselves to the free elements of each site's services only (many services offer paid-for extras, but this review is all about what you can get for zero spend).

Note: the sharp-eyed might spot that some of these tests are liable to error, but we think they give a good idea of the value of each site (one possible issue, for example, was the risk of duplicate content factors affecting how Google dealt with each copy of a given release).

A note about press releases being accepted for 'publication' by the sites: we have (as you might expect) a lot of experience writing press releases that meet the rules laid down by various news wire services (e.g. don't make claims about being the 'best' something unless you can prove it). However, not all of the sites accepted our releases, this may be because they didn't meet the site's editorial guidelines or for some other reason - why some sites rejected our press releases isn't at all clear.

See below to find out what we discovered in our tests - your experience with these sites may be different of course, if so let us know in the comments.

To be fair, we did expect this result, it is rare enough for someone to pick up news from some of the premium paid-for news wires and given the volume of free press releases being pumped out these days we would have been (pleasantly) surprised to find any pick up of our releases. When we did find a release that had been syndicated out to other sites none of those other sites came across as 'high quality', they were invariably loaded down with banner and AdSense advertising.

BTW, if you own or manage one of the sites we reviewed and think we've missed something, drop us a line and we'll add your feedback or make sure we look out for it next time we run the review.

Online PR News got three of our four releases on Google News. PR Fire only got one release onto Google News while Open PR got two of them there.

Appearing in web searches may be valuable as a way of trying to put your news in front of people searching for your target phrases - though it is unlikely this will be effective where the target phrases are more than moderately competitive.

Of the three releases that PR Fire accepted, all three appeared on page one of Google search results for the phrases we searched on. For the runners up, at least one of the releases on those sites appeared on page one. Note: News Wire Today appears to be a copy of PR Zoom, but on a different domain name.

Given that none of the releases was picked up by any site that might be considered to be the source of a valuable link, it seems that there is little value in using these services for link building. However, some of the sites do provide links and a few allow you to tailor the anchor text. (If you're not familiar with 'dofollow' or 'nofollow' links, a good rule of thumb is that the 'dofollow' or 'followed' links are the kind that usually give some SEO benefit and 'nofollow' links generally don't.) Most sites either didn't give a link or gave a 'nofollow' link.

To get a feel for which sites might be best for links, we could use how highly each press release page ranks in search results as a rough indicator of how much link juice that page might be able to pass. When one of our releases appeared on page one of Google web search (and the free release site provided a link) we rated that site highly for link building (note, this is a very simplistic approach, but good enough to get a feel for the sites; a more detailed analysis might give slightly different results).

Update 21st March 2012: Business Services UK was one of the winners here, but they now charge for their releases (albeit a nominal amount). 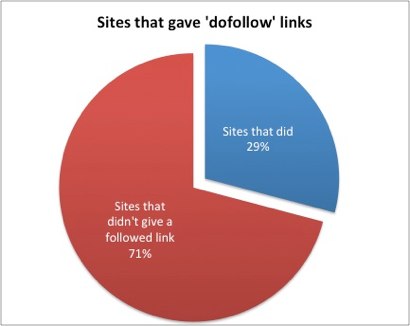 Most sites didn't give followed links

Note, you may need to scroll right or use the cursor keys after clicking in the list to see the information about followed/nofollowed links.

Should you pay to distribute your press release on a premium news wire?

The answer, as is often the case, is: it depends.

If you're relying on a free press release distribution service to get your news in front of journalists and bloggers, the odds are that it isn't going to work except perhaps in a few special cases. If you really must use a wire service, you'd be better served with a premium service. Having said all that, one of the best ways to get journalists interested in your news is traditional PR media relations - find the right journalist, get your story straight and pitch it. We've got a series of how-to's and guides on writing press releases and pitching to the press in our articles on effective press releases.

Some other notes to bear in mind:

Also, if you want to submit free news to a technology website covering Midlands companies, please head over to Techsparx.co.uk.

Finally, if you found this research interesting or useful, please consider liking or tweeting etc. all those buttons are at the top of the page.

View all posts by: Jas